Taking it to go 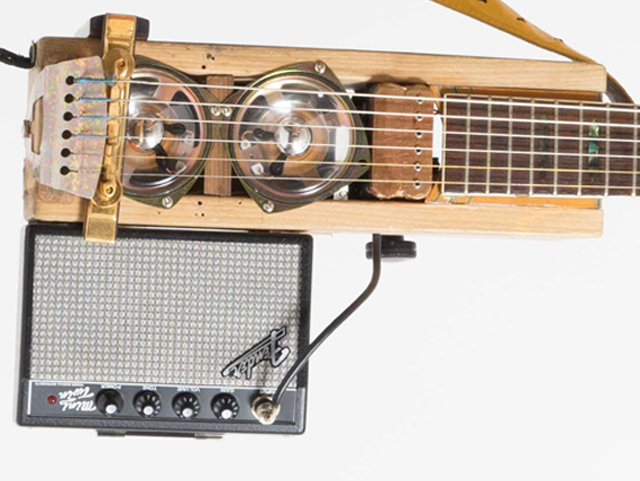 I wanted to bring a guitar along on my second trip to Thailand, but I did not want to worry about any of my good ones. So I put together whatever I already had around.

There are many ways to get it together. Here's one of them.

This is the first rendition, Rubytone starts here. I chose to cut the neck out of the old Atlas. It had some bridge problems and I had a really nice Laravee flat top in the case. It could have been repaired a great expense. Not really worth it. But this was the guitar that I lkearned on. I could not bare to part with it.

The neck is beefy and wide. We did some fretwork back at Sound Logic in Madison and it already had a bone nut set in by Petros.

The wood sides are from trucker days. Dunnage, they call it. The wood that is used to protect the freight from damage that would otherwise occur from loading it on the flatbed truck or securing it with tight straps. It was nice Hickory, so I kept it.

The amp is Fender Mini Twin Mt-10 and it runs on a 9v. battery. Vol. Tone. Gain. The first version went to Thailand and came back a better friend than ever. This was when I began to bring a guitar along with me to work and back more and more until it became a daily habit.

I started getting ideas of how to make it better.

So I made others.

I also made revisions to this one over the years. Today this original Rubytone is sporting Stereo Bluetooth functionality, so whatever you have on your phone can be played on the speakers for backing track while you jam out. Or you can just use it as a boombox to play your music in your hotel room in between. 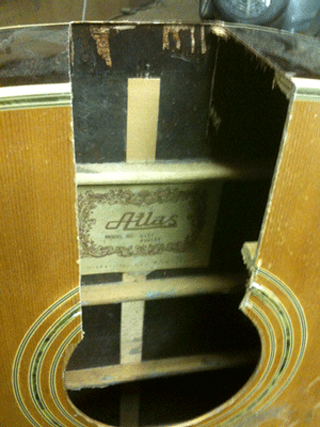 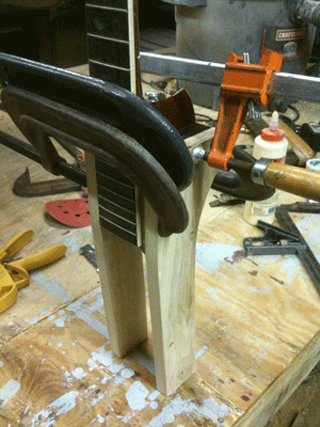 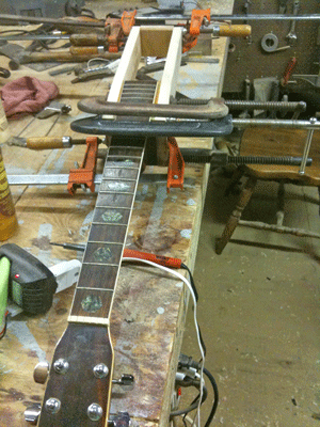 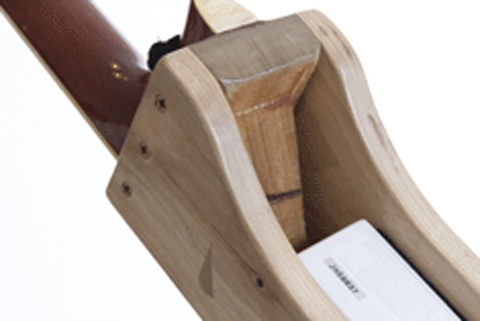 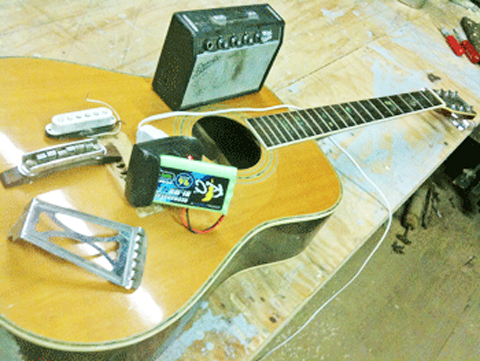