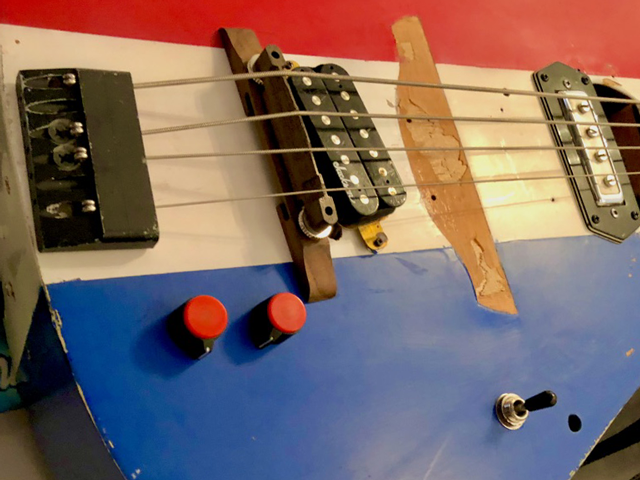 The idea was born in Time's Square

I was building Rubytones for a famous busker in my neighborhood as fast as I could. I tried out this paint scheme whenever I was putting the neck back together after the freakout. I thought it suited him. The customer hated it. So I brought it home and cut the neck out of it and added the one that you see. It is from a P-Bass.

This one spent many days and nights in Time's Square.

More than one busker earned his daily bread with this guitar before it became a bass.

I had been experimenting with different amps and speakers and then the guys would try them out.

I pulled it out of the trash can in pieces one night after I got a text message from the man about the fight. He told me where they trashed it and it just happened to be there on the corner, where he said to go before somebody else grabbed it.

The amp is a TEA2030A and it runs on a 9v. battery. Vol. Tone. I recommend Lithium rechargeable for the obvious reason, of course, but above all, the tone is far superior. 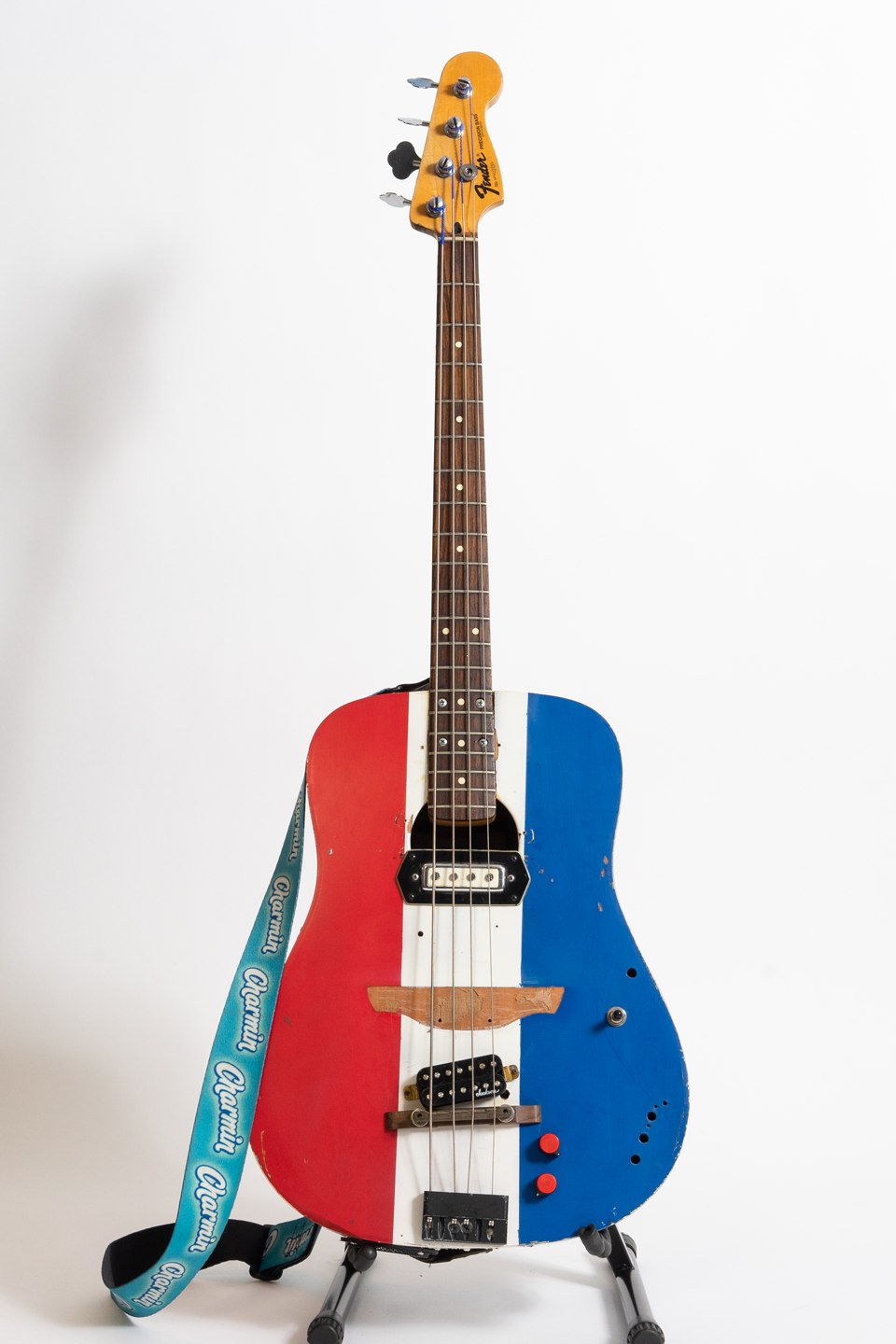