No need for a capo 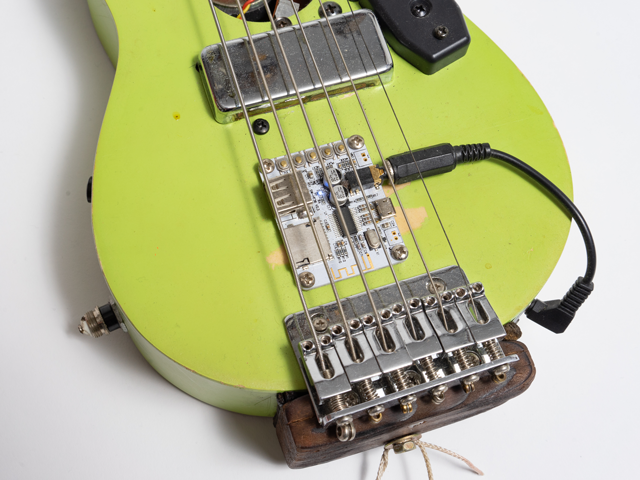 I was speaking with my friend on long distance about how one might accomplish a shorter scale length in order to reduce the overall size of an instrument to make it easier to bring along. Because we want to bring it along... Every time.

If you don't know Bachata, you should look at some guitar players on YouTube.

They always play with a capo.

With this, they don't need one.

There are many ways to create a mini. Here's one of them.

For this rendition, I used the neck which came with the uke. With the frets remoeved, we routed a slot from the top after I sanded the fingerboard down flat. We used a stainless rod from an armchair recliner mechanism, held in the slot with epoxy glue to keep the neck straight.

I cut the big parts off the scale and fitted a guitar fingerboard. The idea is to use the smaller part of the scale. I kept the board at full width to accomodate four fat fingers between those tiny fret spaces. It works!

It's a Strat style stop tailpiece locked down in such a way as to direct the break angle pressure onto the soundboard of the uke, just a bit. The wood added to the end pin takes most of the string tension.

Built inside the uke is a Harmony amp and a 4" speaker to sound it out. I wanted to have a battery meeter and charge by USB, so I parted out a Cellphone back-up battery that comes with all the lights.

The bluetooth function is mounted under the strings so that you can control the buttons and patch the cables. It has a built in amp and stereo speakers on the back for when you are on the go. You can also plug your phone into the USB on there and recharge it from the built-in battery. I also use it with Garageband in my pocket so that I always have a drummer along. It also makes a tidy little wireless boombox when we stay at a hotel. When I get to my studio, I hang it next to my sub amp and speakers and plug the line into the jack directly, so that I can hold my phone in my hand and serve up tunes without wires running up to it. 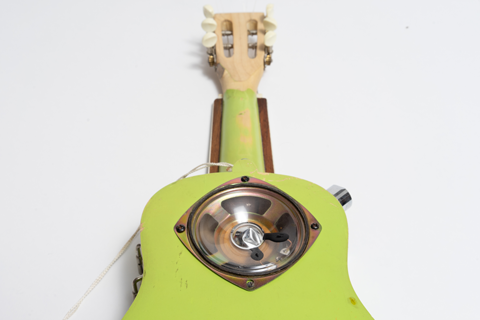 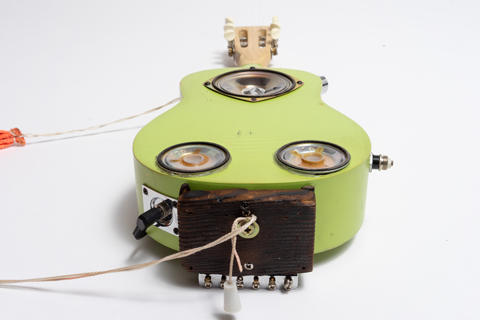 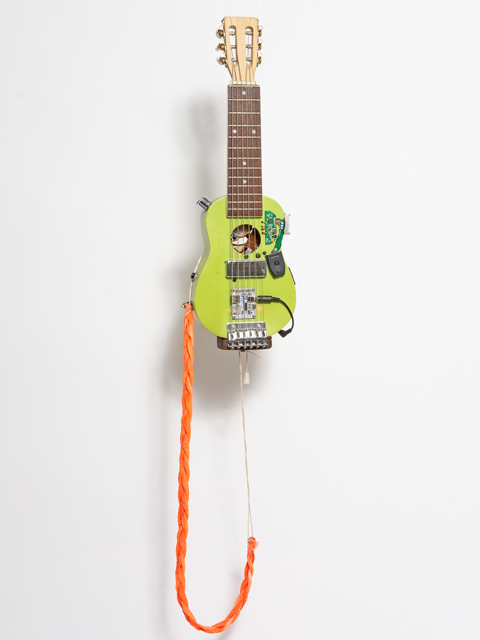 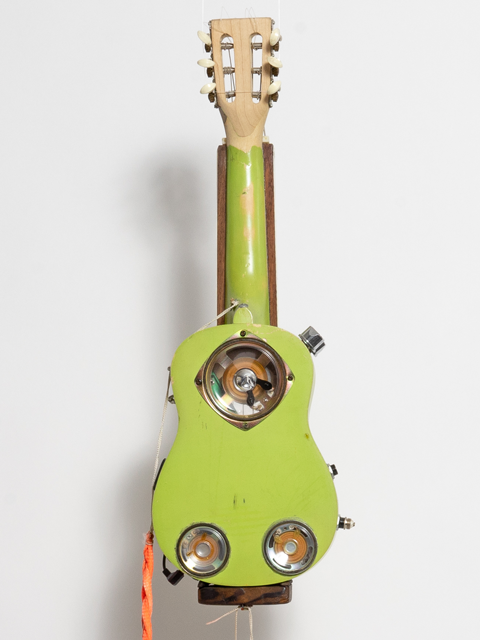